What Do Mothers Really Think of Social Media? We Found Out…

We’ve been talking a lot about social media in the office lately, and so too it seems has the rest of the world. In an unusual twist of fate, the day our founder Georgie’s article on social media went live - “Do We Have to Share our Darkest Moments on Social Media to be Authentic?” (if you haven’t read it, you really should), was the same day Instagram removed the Likes appearing on the Australian app, which provided us all with a sense of undeniable relief but also confusion…

To be honest, the entire social media discussion is confusing because so many of us don’t know exactly where we stand on the issue. On the one hand, we love the app for providing a sense of distraction, particularly on monotonous days with small children, but on the other hand, we’re all intelligent enough to know that everything portrayed in digital squares isn’t, and never can be, entirely real. So why are we still using it (and now more than ever, it seems)? I actually don’t know, so I turned to some of my mum-friends to delve a little deeper into how and why they use social media, and how it actually makes them feel.

For our London-based contributor Amanda Woodward-Brown...

For our London-based contributor Amanda Woodward-Brown, having a month-off Instagram gave her the perspective and boundaries she needed after realising she was spending her spare time staring at the phone rather than engaging with her children. “Around a year and a half ago I deleted all social apps on my phone for a month. It was in response to a moment of clarity that my consumption of social media had become unhealthy. At the time my daughters were sitting watching TV,  and I was engrossed on my phone, scrolling through the Instagram account of a travel blogger I followed. I just remember suddenly becoming aware that I was wasting precious time with the girls, on my one day off from work each week, looking at a pictures of a person I didn’t know, enjoy a luxury holiday that I couldn’t afford. I obviously did go back to social media but the month away illuminated how easily social media steals your time – It is like falling through the rabbit hole.”

This is a sentiment that many women share, with most of the women I quizzed echoing the exact same thoughts – that the app provides distraction that can act as a double edged sword, particularly when children are around.

As mother of two Katherine puts it; “I’ve tried everything, but at the end of the day I lack the willpower not to look at it. I make a point of not checking Instagram in front of my 5 year old daughter after she watched me do it and then started to want to look at random strangers (who are model material, in amazing clothes and always in Europe) on it too, just like me.”

When I think about Instagram in terms of my own life, I am seriously conflicted. I know for a fact I spend way too much time on it, and that for all the creativity, laughs and inspiration it provides, it also can make me feel pretty inadequate and paranoid. I try and combat this in a few different ways, but perhaps the most successful is by culling my following list regularly and quite ruthlessly. If an Influencer is posting overly-stylised images of their home/wardrobe/food, I tend to lose interest fairly quickly, even more so if it happens to be in a monochromatic palette. I don’t need catalogue-style shots in my feed, and I actually don’t gain any creative inspiration from them. Thank you, next.

I’m also trying to limit my “hate-following” list – which I realise is a terrible term but hopefully one that everyone can empathise with. To quote the Urban Dictionary, to hate-follow is when you can’t help but follow someone on social media, despite how much you despise them and/or what they stand for. I’m guilty as charged for following accounts I get zero out of aside from a few laughs (at their expense) and some consequently naughty WhatsApp banter with friends. This isn’t great for anyone, so I’m definitely working on removing this from my feed and life altogether.

But what about the good bits?

Louise, mother of soon-to-be-3 children, realised she actually uses the app when she needs mindless downtime, and that scrolling requires much less brainwork than watching a full length movie, which is a rare novelty when kids are involved. “I do find that when I am at work, I never look at my social media apps nor do I have any desire to. Same as when I’m on holidays. I definitely find myself mindlessly scrolling through Instagram or Facebook when my brain needs downtime, which is often at night after a long day at work or with the kids.” 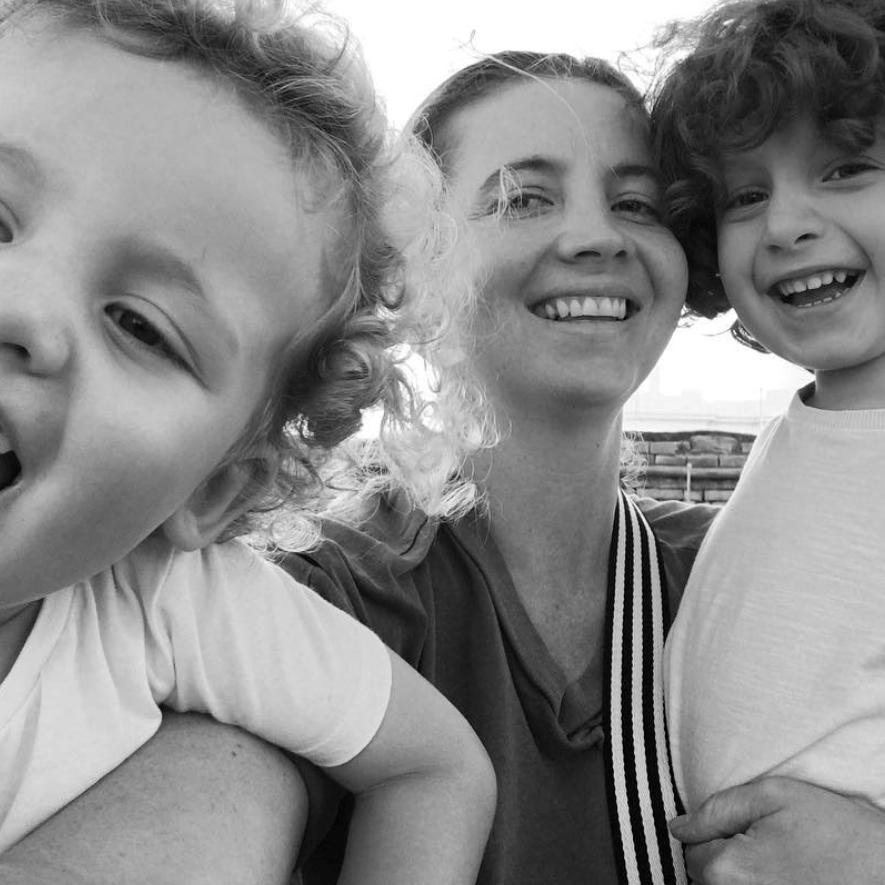 For mother of two boys Michelle, social media isn’t all to blame here. Instead of blaming the app for our negative thoughts, she suggests perhaps we should be looking a little more internally… “Were people really that much happier prior to social media? Or does social media just magnify our inner battles? If people feel bad about themselves after scrolling perhaps it’s just an extension of how they already feel in their personal life, and maybe it’s an eye opener they really need.” Yes, indeed.

So where do we go from here? Both mental health experts and the people behind social media apps state that the key to getting the most out of Instagram is all in the timing. Too much time using it, and you’re more likely to suffer from anxiety and depression, but anything under 30 minutes a day can actually have the reverse effect. My friend Lizzie limits her following list to inspiration and feel-good quotes only – including architecture, style, photography and travel, and when used this way, it can act as a digital mood-board minus all the fluff that celebrities and influencers generally post. I’m actually seeing the benefit in this first-hand and use the saved tool as a way of collecting inspiration for fashion, home, food and kids, kind of like Pinterest but somehow easier. It means you’re controlling and curating your own feed rather than the other way around, and really, isn’t that the way it should be?

I have a prediction that in the not-too-distant future, social media apps will come with a mental health warning before you can open them, a little like the health warnings on cigarette packets these days. When I posed the question as to whether this would deter some of the above women from using the app so regularly, most of them admitted it wouldn’t, but by the same token, they also admitted that if the app closed down forever tomorrow, they’d probably be more happy than sad about it.

It’s no question that social media has redefined motherhood in the 21st century, and it seems mothers in particular are equipped and ready to take the bad with the good if it means a little moment of solitude and distraction amongst the day-to-day motherhood chaos. As for me? I’m slowly but surely imposing new rules on myself to ensure I get the most out of social media for both work and play. I’m going to try and stick to the suggested 30 minutes-a-day timing, and have been consciously avoiding making Instagram the first and last thing I see each day and night. This might not sound like groundbreaking stuff, but if there’s one thing I’ve learnt thanks to motherhood, it’s that a little change in routine goes a long, long way.

Allkinds Puts The Fun Into Self Care For Kids