On World Autism Awareness Day, One Mother Reflects On What Having a Child Diagnosed on the Autism Spectrum Has Taught Her 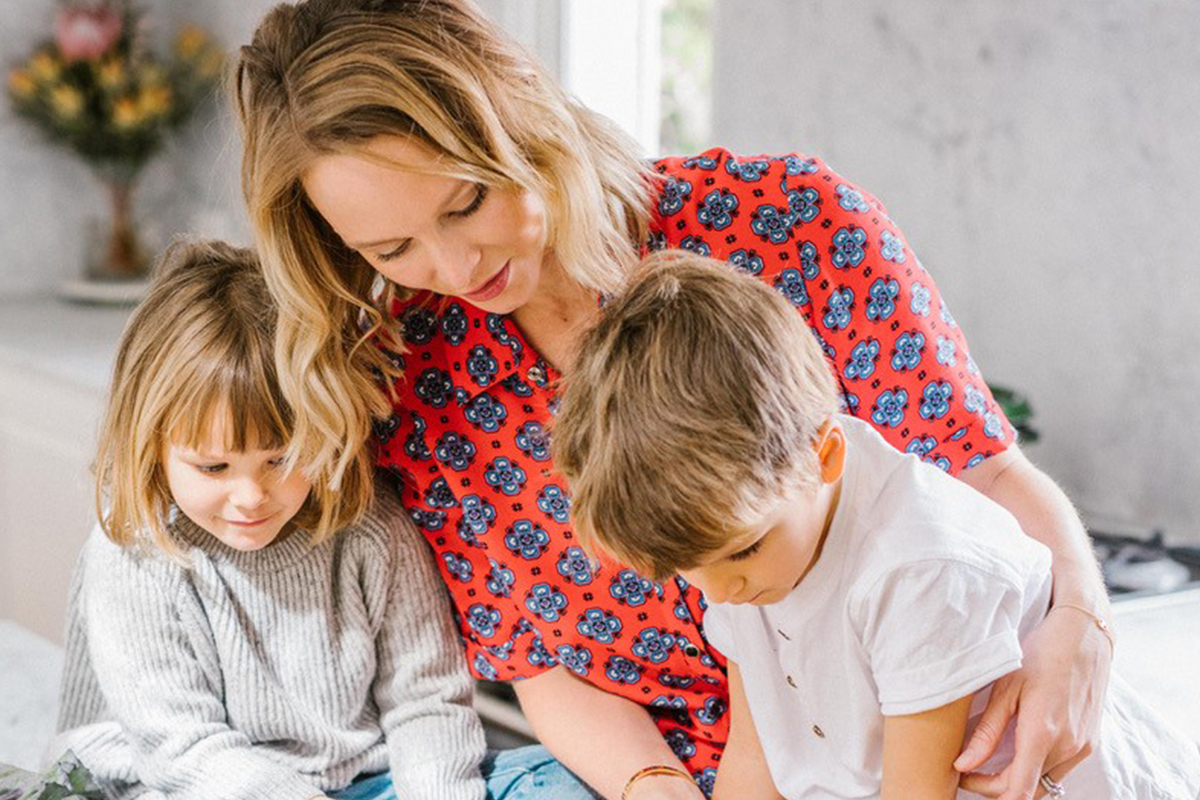 Brittany Darling is an accredited nutritionist, herbalist and mother of two. She’s also our go-to expert for all things children’s health and wellbeing. Here, she shares her story of her son’s autism diagnosis and how she’s using her nutritional background to help with not only his treatment day-to-day, but the entire family’s overall approach to food and wellness...

I cannot tell you how many times I have proofread this piece, added things, deleted bits and decided I would cease writing it. The experience has been challenging, heart-wrenching and healing all at the same time.  The whole reason I wanted to write this was to raise awareness for autism. Currently, autism affects one in 50 children in Australia but it’s increasing in prevalence. This statistic is shocking because it translates to potentially one child in every school classroom. When my son was first diagnosed, I only had the faintest idea of what autism was and to be honest, I never in a million years would have thought we would end up with a child diagnosed with not only autism but also with ADHD. Sometimes signs of autism can be very clear and obvious, and while milder autism can be less so, it still has a significant impact on a child’s learning, socialisation and also the family’s overall wellbeing. Knowing what I know today, I wish someone had shown me the light at the beginning of our autism journey – the initial diagnosis was actually the hardest part but everything after that has been an absolute blessing in disguise.

From the start, bringing home a new baby wasn’t the lovely organic, white-and-beige linen and earthy start I had envisioned.

Our gorgeous baby boy cried almost nonstop, wasn’t easily comforted and never slept longer than 20 minutes. The thought “how do I get him back inside me?” regularly crossed my mind. We had feeding problems; undoubtedly. As first-time parents, we didn’t have a clue about what we were doing and it never crossed our minds that this wasn’t normal. So we got on with it. My husband returned to work and I would get up every two hours in the night to attempt to resettle our baby.  When my son started preschool at almost three, he wasn’t toilet trained, couldn’t feed himself, could, but wouldn’t walk, would regularly have meltdowns, tantrums, and was very easily overstimulated. Of course, I didn’t realise this at the time and thought he was just like every other two-to-three year old child. Compared to his sister, he was just a more difficult and unpredictable child. It wasn’t long until the school suggested we see a developmental paediatrician. After my appointment with the doctor, I rang my husband in tears because I was told that my son was showing signs of autism. At this point, I didn’t even really understand what autism was. I sought a second opinion from another developmental paediatrician with the same result. We were devastated as a family and our initial priority was to make sure nobody found out about the diagnosis as we were concerned that it would affect how people thought about our son and his potential as a teen and adult in later life.

Unsurprisingly, the timing of his diagnosis unfortunately also coincided with my own mental breakdown, which was probably a result of lack of sleep and exhaustion.

It was the beginning of what we thought was going to be a very long, painful and disappointing road especially when we were receiving reports that generally focused on what he couldn’t do and his limitations. This was the point at which we decided to flip the coin and focus on his strengths. We decided that we would focus on what he enjoyed and what made him happy and this shift in perspective has helped us immensely to focus on him as an individual instead of “the child with autism”. We love him for who he is, his ability to speak his mind (usually saying the most inappropriate and often hilarious thing at the wrong time) and we celebrate his neuro-diversity. Being a nutritionist, I’ve thrown myself into researching every possible diet and supplement that might help him. To be honest, until about three years ago, I hadn’t seen many children in my clinic. I up-skilled and studied Paediatric Nutrition at Monash University as well as Children’s Health with the Australasian College of Nutritional and Environmental Medicine.

For my son, my aim wasn’t to change him but to dampen some of the symptoms that disrupted day-to-day living.

Early-intervention therapy has also helped immensely. Some of the issues we were dealing with included sleep issues, stomach pains, constipation, lack of concentration, sensory issues and hyperactivity. Our first step was a wholefood diet that contained no colours, flavours, monosodium glutamate and no excessive refined sugars. I believe by feeding him real wholefoods, we were giving him the building blocks he needed to thrive and none of the nasties that would stimulate or deplete him. We have tried all kinds of other diets and restrictions (gluten free, dairy free, soy free, low salicylate, GAPS) all with varying effect until we found the sweet spot. I’ve developed a slight obsession with environmental medicine.  I now intertwine environmental medicine in with my nutritional medicine. A lot of the research is now pointing the finger at environmental related toxicities for the rise of many health conditions. There is evidence for the role of mineral and heavy metal imbalances and environmental toxins like pesticides and endocrine disrupters playing a role in a whole range of developmental disorders, not just autism.   Undoubtedly, the gut also plays a huge role and there is still so much to be discovered about it but focusing on improving digestion, elimination and increasing the diversity of the microbiome is key.  The gut-brain connection and its role in autism has become far more mainstream in recent years. I have found taking a multifaceted holistic approach, cleaning up the child’s environment, nutrition and optimising gut health highly effective.

From working with numerous families, it has become apparent that there is no one-size fits all.

While there are few studies on complementary medicines and autism, I believe taking a whole-child approach, focusing on the child’s actual state of health rather than the autism diagnosis is the best way to success. Sometimes this involves some testing but personalised interventions in my opinion are the safest and most effective.  In saying all of this, treating the whole family is also essential. Reducing the whole families’ stress, anxiety and improving their health, especially that of the primary carer is very helpful. I like to apply the airline safety message of “fitting your own oxygen mask before assisting others” as my mantra! As the mother, I find the balancing act and implementation of my own self-care regime essential. Light exercise, eating well and not restricted, acupuncture, Vedic meditation when I can and generally prioritising self, has been an essential part of “holding it together” and avoiding burn out.  It helps when the whole family is on board for change so it’s not just the one child with the “special” diet, which can lead to feelings of isolation, or that something is wrong with them. Going through this process of trial and error has helped me grow enormously as a mother and practitioner.  While I feel like we now have a good handle on the diagnosis and have an incredible support network, and we have our “plan”, we still experience our ups and downs every now and then. We are very fortunate that we received the diagnosis early and were able to throw ourselves into early-intervention therapy as soon as possible. We do what’s best for both our children and focus on both of their strengths and happiness. Getting the “autism” label has helped me understand some of my son’s behaviours and assisted us to work through his difficulties in a much calmer and more understanding way. We have met some incredible therapists, other families and children along the way, and it has taken my career on a very fulfilling path and I feel like our lives as a family are so much richer for it.