Why does my toddler have ‘techno-tantrums’? 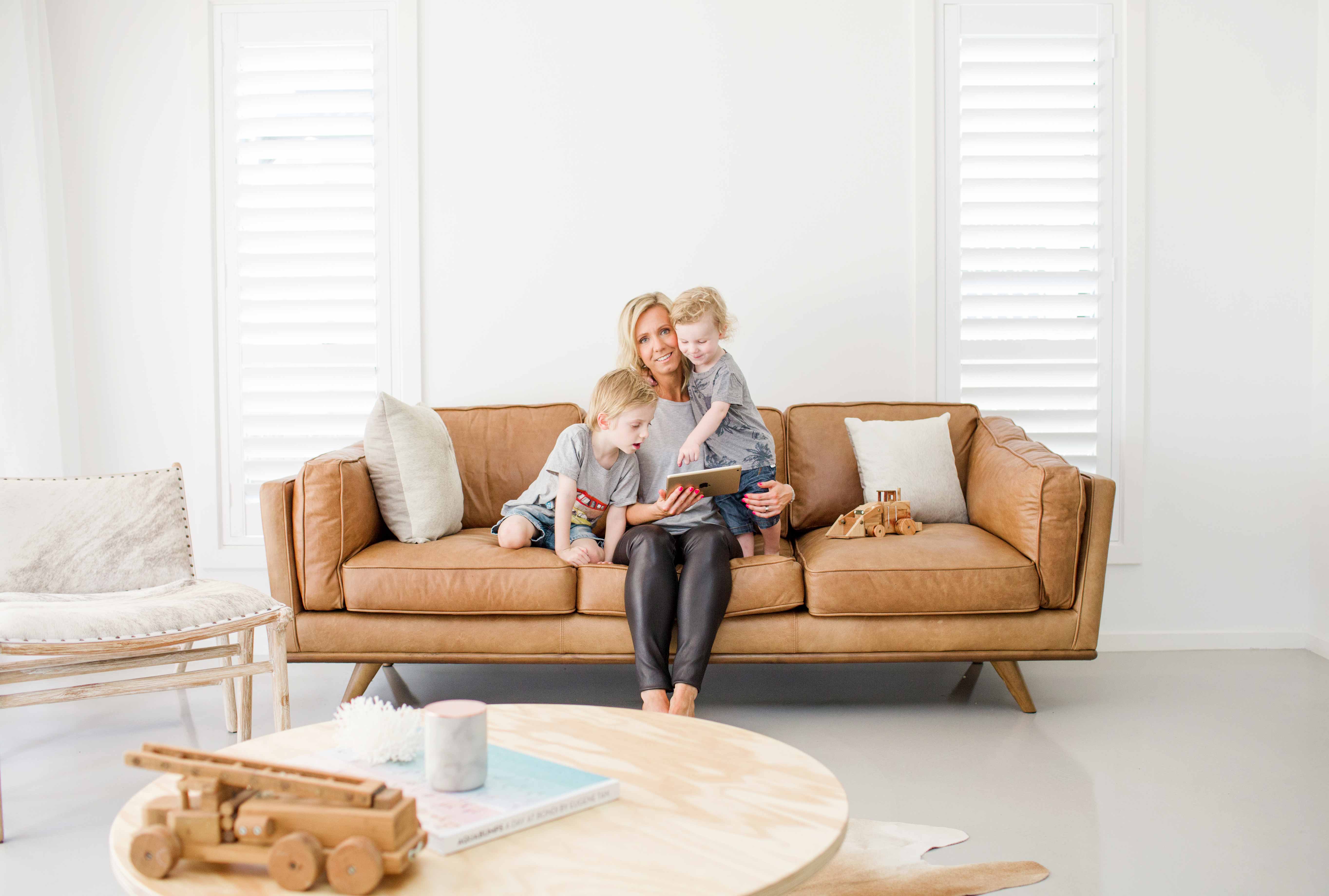 Many of us have endured our toddler’s ‘techno-tantrums’ when we’ve asked for our smartphone to be handed back, or told them it’s time to turn off the TV. So why do our toddlers have techno-tantrums? Why do our kids throw the most intense tantrums when we tell them it’s time to unplug? While we think it might be to frustrate us, or embarrass us (why do they always seem to throw them when Grandma comes to visit, or a friend is popping over for a play date?), it’s actually considered to be a typical neurobiological response...

It’s important to note that there’s nothing ‘wrong’ with your child if they’re experiencing an emotional combustion i.e. a techno-tantrum, when they’re asked to switch off screens. In fact, a techno-tantrum is considered a ‘normal’, albeit embarrassing and annoying response. You see, when our little ones use a screen, their brains and bodies have an intense response. We do too as adults, but we’ve developed the self-regulation skills to cope with these – our little kids are still learning these skills.

Understanding why your child’s having a techno-tantrum will help to appease your concerns and reassure you that their intense emotional response and agitated state is actually normal and that you don’t have to ban screens altogether.

What are the main reasons our toddlers have techno-tantrums?

When our kids use a screen, whether it’s watching a TV program, or playing on the iPad, it’s usually a pleasurable experience for them. So their brains are actually secreting the neurotransmitter ‘dopamine’. This means, when you demand that they turn the device off, you’re literally cutting off their dopamine (pleasure response). Because toddlers are still learning how to manage their impulses and self-regulate, these feelings can be quite intense for them to manage. Hence, the techno-tantrum often ensues.

Tip: Give your little one ample warning before their screen time is about to end. This priming helps them to better cope when devices are switched off.

The online world has no precise finish point. There’s always another TV episode kids can watch, a new browser to open, another You Tube clip to view, or another app that they can play. So kids often don’t get that sense of completion when they’re using technology. This is the state of insufficiency because they often don’t feel ‘done’ or ‘complete’. So when you ask them to turn off the TV or end their You Tube viewing, they’re often frustrated or angry because they know there’s so many more episodes that they could watch.

Hint: This is also why we, as adults, find it so hard to switch off social media at night, or feel compelled to check our inboxes when we’re on holidays.

When our toddlers use screens they often become so engrossed with what they’re doing that they become disoriented and immersed in their screen world. Have you ever tried to talk to your toddler during a Sesame Street episode and not got a response? This is what the flow state looks like for little ones. So when you insist that they turn off the DVD, or finish watching a You Tube clip, it feels like you’re digitally amputating them (and their screams often sound like you’re physically amputating a limb sometimes!).

4. Brains are wired for novelty

Neuroscientists know that human brains are wired for novelty. That is, we love new and interesting information and stimulus and our brains are wired to seek this out (in caveman days this helped to keep us safe and find new food sources). So the online world is like a sensory smorgasbord that appeals to our toddlers. There’s interesting things to look at, listen to and touch. The offline, real world doesn’t always offer novelty. The real world is a lot slower-paced, and it’s not always instantly rewarding and interesting like our kids’ digital world is. Our toddlers love the constant novelty that the online world offers them so switching off and re-entering the real world is often challenging and so we’re often confronted with the techno-tantrum. 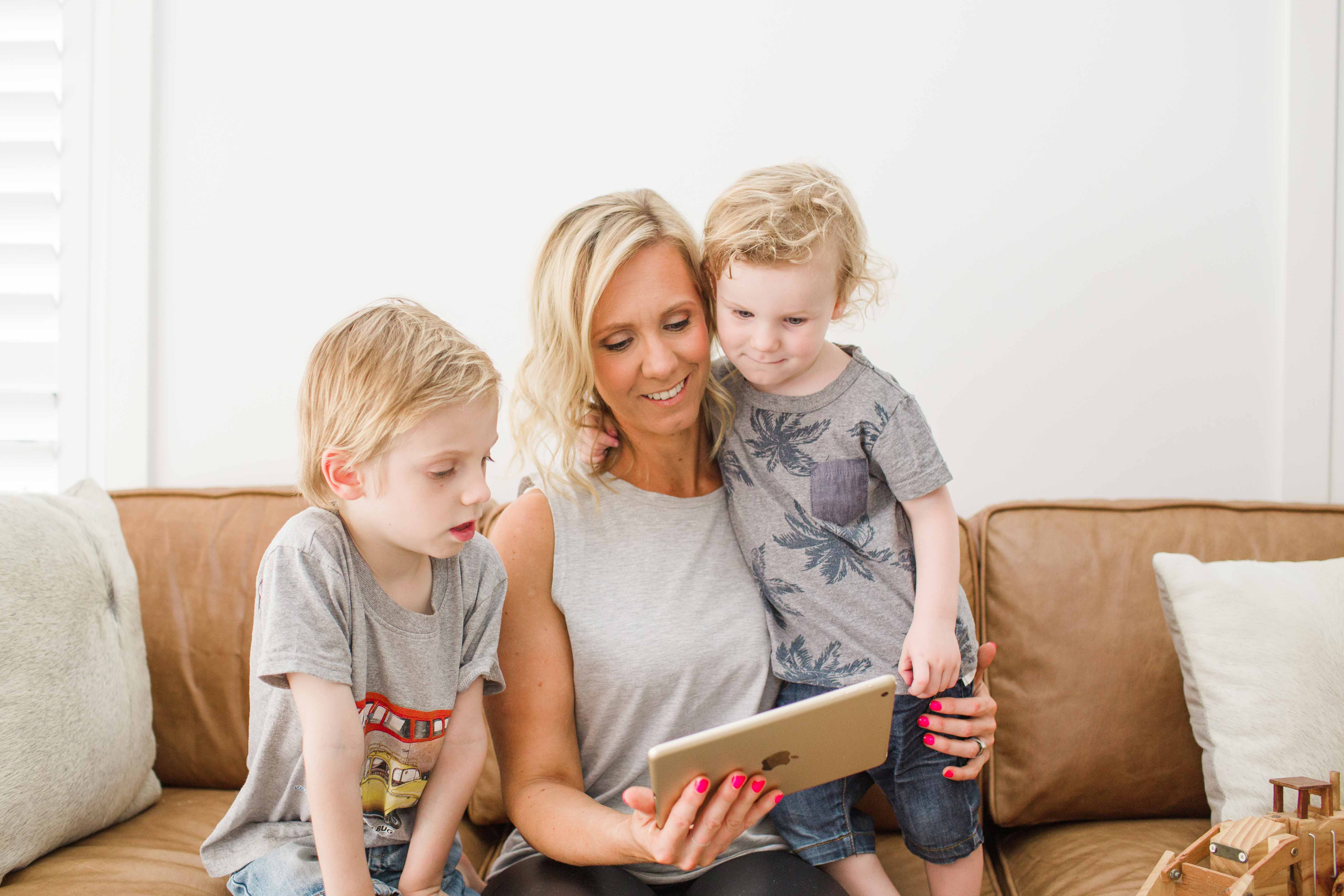 Tip: If your kids watch TV or use a screen before dinner time, as mine often do, make sure that they empty their sensory cup before they eat. Encourage them to do something physically active like ride their bike, run up and down the stairs, do some star jumps, go for a walk, play with playdoh. It can be anything physical so that they can actually sit down and eat their meal, as eating requires many of their sensory systems to be activated.

6. Time is meaningless to toddlers

Many parents often prescribe time limits for their little ones in an attempt to manage their screen use. For example, they might tell their little one, you’ve got an hour on the iPad. However, time is an abstract concept and most children don’t develop a conceptual understanding until they’re about 6 years of age.

Tip: Give your child a quantity of screen activities and not a time limit. For example, tell them that they can watch two episodes of Peppa Pig, or they can play two games on the iPad.

Next time your toddler’s throwing a techno-tantrum, pause (draw a deep breath because you’ll probably need it) and be reassured that it’s normal and like most things with kids, it too shall pass. Remember, it’s intense for them too.  Even though it looks trivial to you, turning off the TV, or handing over your smartphone is akin to being at the best party and being told to instantly go outside by yourself. We wouldn’t like that either!

Dr Kristy Goodwin is a digital parenting expert, speaker, author and mum to two energetic boys (who have thrown techno-tantrums). When she isn’t playing backyard soccer, or building sandcastles on the beach near her home on Sydney’s northern beaches, she’s listening to Peter Rabbit on repeat. Going to the beach with just a towel, reading a real book, without interruptions and going to the bathroom unaccompanied are Kristy’s definitions of bliss.