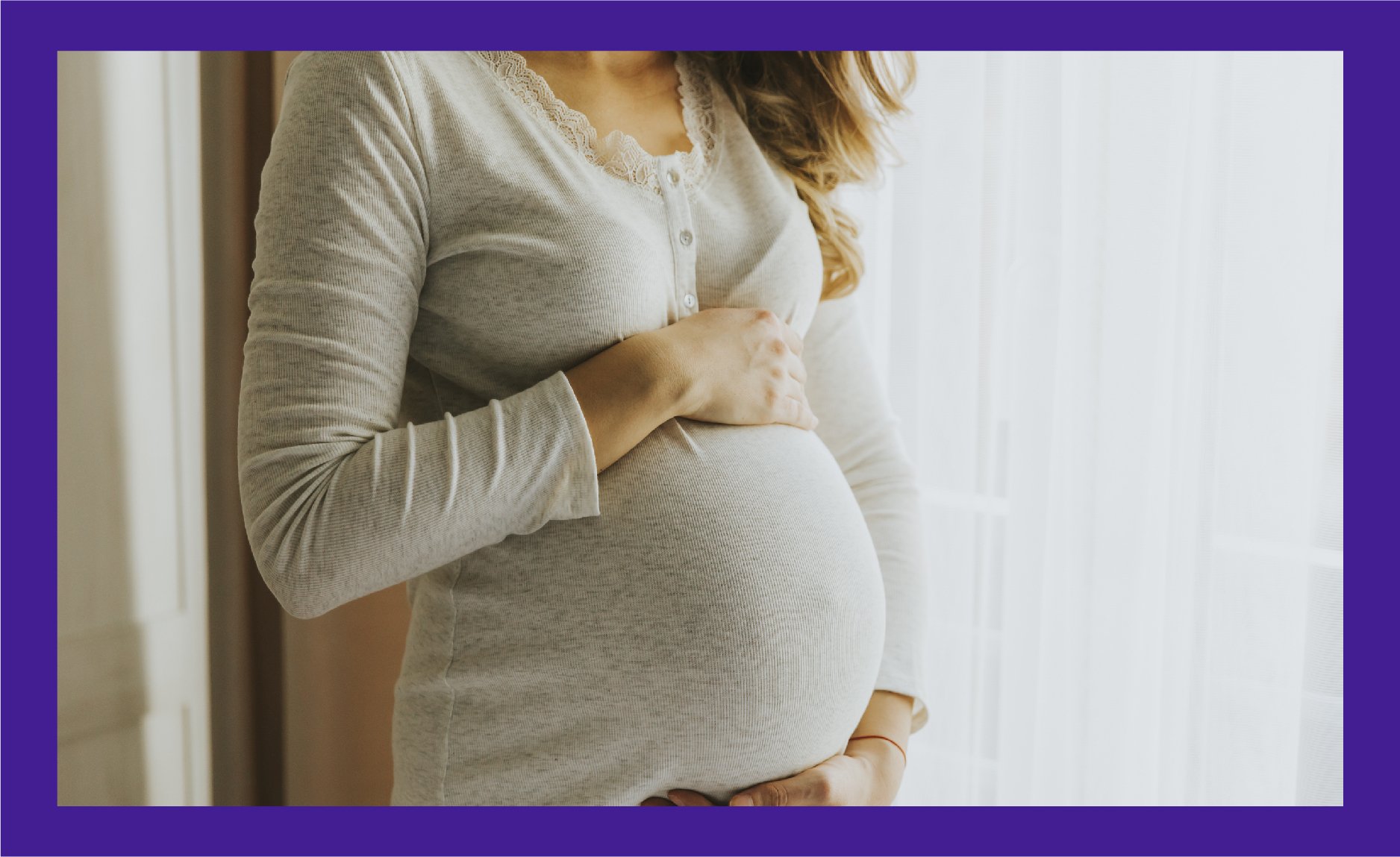 When Corrine decided to have a baby on her own in her very late forties, her shocked family staged an intervention. Here’s her honest account of the seemingly impossible path to pregnancy and how she navigates parenting alone

It’s not that Corrine* didn’t want to have children in her twenties and thirties. “It’s just that I kept being with men who didn’t,” she says with a resigned laugh. The man she married when she was 37 already had children – and a vasectomy – from a previous relationship. By the time she considered speaking to IVF clinics about their fertility options, the relationship had run its course.

“Then I met a wonderful man a little older than me in my early forties and we fell in love,” the Melbourne-based art consultant recalls. “I knew I didn’t have much time left [to have children] but certainly I didn’t think I had no time.” Her new partner didn’t want children either, but at the risk of losing Corrine, agreed that if it happened spontaneously, it was meant to be. “I really wanted it to happen naturally, like a lot of women do,” she says. “One of my best friends fell pregnant naturally at 43 and another friend had a child naturally at 46. Now I’m well educated I realise those stories are really unusual and that I should have marched off to a fertility specialist immediately.”

By the time Corrine turned to IVF, she was 46 and knew a donor egg was probably the only way forward. “Then it became a whole new ballgame for my then partner and although he truly wanted me to be happy, he just couldn’t take that next step with me.” The pair eventually split and Corrine spent the next couple of years trying to work through her sadness and options – including adoption, which as it turns out, is almost impossible for a single woman in her late forties – before she made the bold decision to try IVF alone at age 49.

“Obviously, by then I was looking at double donation, which some people do travel overseas for, but I found an incredible clinic here in Australia that was so positive and supportive, and guided me through the nuts and bolts of making things happen.” What she didn’t count on, though, was her immediate family’s reaction. When she finally told them her plan right before starting hormone therapy, they staged a formal intervention – partly out of concern for her as an older solo parent, but also as an extension of their conservative values. “I was so demoralised after that, I stopped the process, told myself not everyone has children, and I tried to move on like it was fine.” She sold her house, refocused on her work, and was accepted into a highly prestigious international work program at age 50. She thought she was okay. “And that’s when the crippling anxiety grabbed me: massive panic attacks that left me feeling like I was going to die. I figured it was work stress, but two different therapists told me I had unresolved grief around not having a baby. I made the call to my fertility clinic asking for another appointment from my therapist’s office. I had to know I’d tried everything for myself – not for my family or for ex partners. I had to own that decision.”

Though their typical cut-off for double donation IVF was 52, Corrine’s history with the clinic and bank of recent healthy medical tests – including checks of her heart, liver, womb, breasts, and more, to be sure she could carry a pregnancy safely – saw them agree to help just weeks before her 53rd birthday. “I knew when I was walking to that first return appointment, that if I was allowed to do it, I would. For me, it just felt like I was meant to be a mum. It felt like something was missing in my life. I know it sounds strange, but I’d had a dream the night before I made the appointment where I heard a baby laughing.”

In thankful contrast to rocky road prior, Corrine fell pregnant in the first round of IVF, and apart from some nausea and tiredness, enjoyed a blissful textbook pregnancy. “When my son was born, I felt like I’d known him my whole life. I was alone in the delivery room because he came early and the friend that I’d lined up couldn’t get there in time, but the anaesthetist took some beautiful video on my phone of the moment I first said hello to him in my arms. It really felt like the dream I’d had was him.”

Though the journey to meet her son had been hard, she knew the practicalities of solo parenting would be even harder, starting the day she first left hospital. “I spent a fortune on 24-hour maternity nannies for the first three weeks when I was recovering from my caesarean. I had two amazing young women, both nurses, each on 12-hour rotating shifts, booked through an agency. That’s something I’d say to anyone doing it on their own: even if you can only afford maternity nannies a week, it’s money well spent. Do some crowdfunding if you have to. I could not have coped on my own.”

“I didn’t tell my family I was expecting until I was six months pregnant,” she answers when asked of their reaction. “I was quite small and travelling a lot at that point, so they had no idea. My youngest sibling got straight on the phone and said they supported me 120 percent. The rest of my family were like ‘what have you done!?’ but by the time my son was born, they’d come around and were completely brilliant.” Though happy for her, Corrine’s family aren’t near enough or able to be hands-on help, and most of her friends are juggling families of their own, meaning her parenting role is a 24/7 commitment. “But nothing has come as a surprise. I knew it would be hard – and it is hard. I knew it would be exhausting – and it is exhausting. But having a child is also so full of joy and that gets you through.” It’s the practical things that are trickiest, she notes. “To do even basic things, like get my hair cut, I have to organise a babysitter or ask a friend for a favour. Often, in the end I just go without.”

Simply explaining your situation to your support network before the baby is born, then asking them to commit to helping one morning a month before arranging a concrete roster can make all the difference, she says. “My advice is do everything you can to set yourself up financially and practically beforehand. Be in a job where you get maternity leave, and make sure you’ve got health insurance that covers pregnancy and maternity.”

Exhaustion aside, is the baby she dreamed of every bit as fulfilling as she’d hoped? Absolutely, Corrine replies. And while her son hasn’t asked any questions about his modern family origins, she expects he will someday. “The only person who ever needs to know the nuts and bolts about [the donation] process is my son. I’ve not shared those details with a single friend of mine and don’t feel I need to.”

* To respect the privacy of Corrine and her son, names and some identifying details in this story have been changed or omitted.