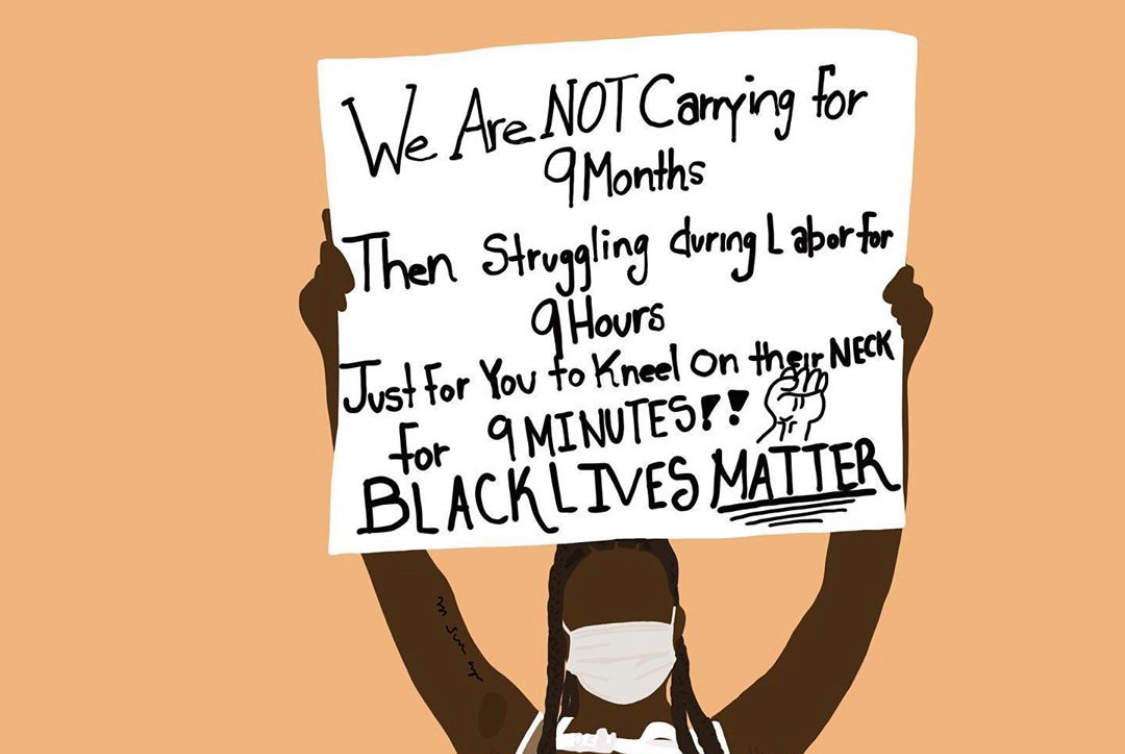 I’ve barely left the house for three months. I kept my two year old home from daycare for 8 weeks (it was the best of times, it was the worst of times). I washed my hands religiously, worked from home, let my split ends run wild and stayed 1.5 metres away from everyone except my partner and daughter.

I’m now eight months pregnant, and as the restrictions ease, not much has changed. I still haven’t booked a haircut, or returned to the office. I’m doing my midwife appointments via phone. The rules are relaxing, but with an already-vulnerable newborn’s arrival imminent, I’m not.

So why did I join literally tens of thousands of people to stand shoulder-to-shoulder in the middle of Sydney’s CBD last weekend?

I’ll be honest: as we drove towards the city, I had a serious feeling of foreboding. We made a plan – wear masks, stay on the fringes, leave at the very first sign of unrest. Was I being totally irresponsible, bringing a toddler to an illegal demonstration? Was I risking my unborn baby’s life? While I’ve always felt safe living in Australia, scenes from the US protests played out in my mind – tear gas, linked to miscarriage, and violence. Never mind the potential of exposure to Covid-19, just weeks out from giving birth. Australia’s First Nations people are more at-risk; by attending, would I unknowingly spread the virus to some of our most vulnerable?

As we parked, the news came through: the Supreme Court had handed down their decision that the protest would be legal. I felt relieved. The likelihood of violence diminished. But the reality of coronavirus did not.

One glance at the comments section on any of the media coverage of the protests turns my stomach. The number of people asking how it’s ‘fair’ that we can protest the unjust killing of indigenous people, while they can’t attend the football – the comparison is sickening.

On Saturday, I stood in a sea of peaceful power. My little girl held my hand. I was moved by the incredible force of how many people were simply standing, showing up, often quiet, but no longer silent.

As we marched, passing flanks of police, I felt grateful for a moment. Grateful that at least here in Australia, I don’t have to fear police brutality in the face of legal protest. If we were in the US, no matter how strong my convictions, I don’t know that I would have been able to make the same choice while pregnant, and I definitely wouldn’t bring my daughter. But almost as soon as the thought crossed my mind, I caught myself: of course I feel safe. I’m white. Would a Black woman feel the same?

I hope my kids will grow up knowing that their lives matter more than a football game.