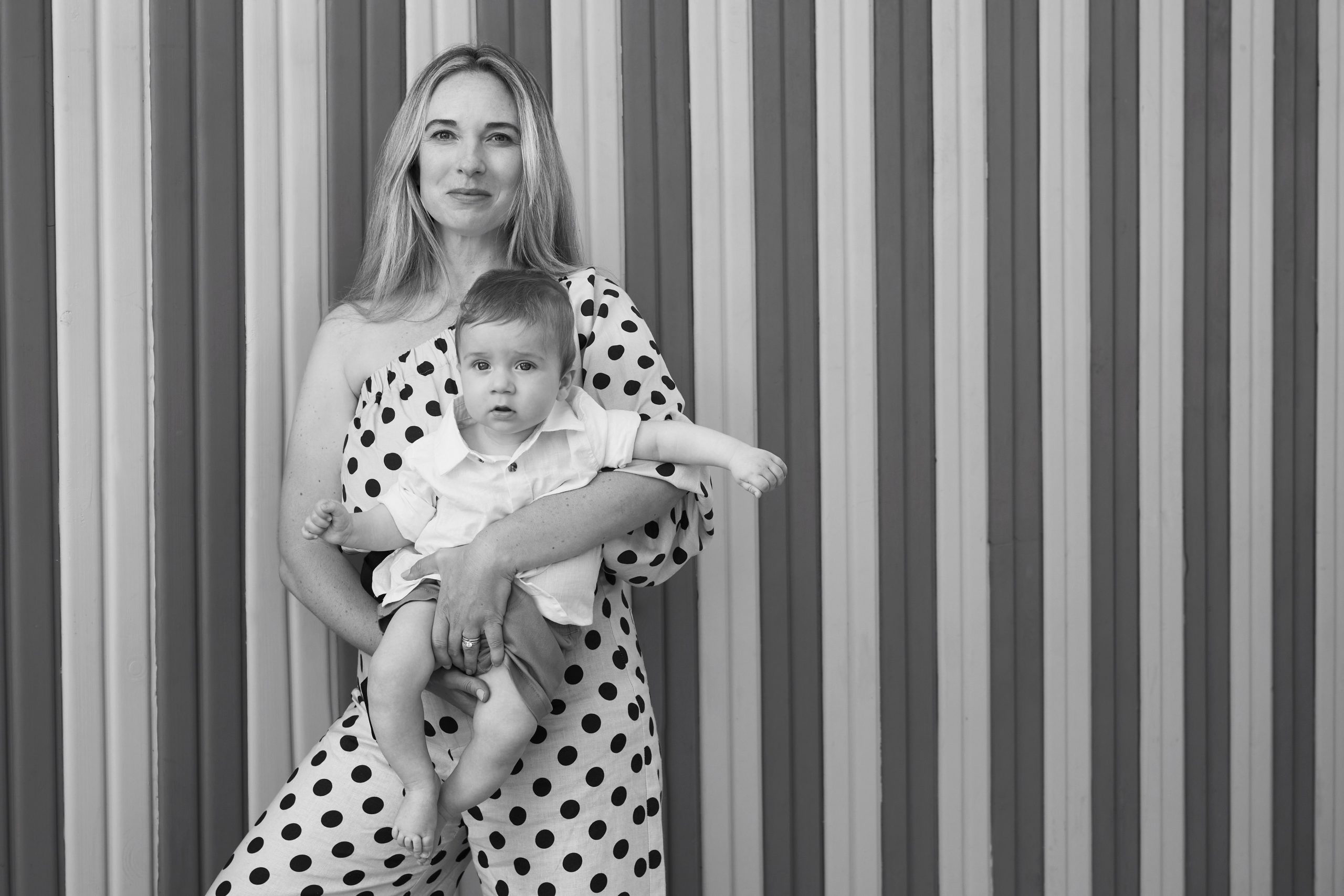 We are thrilled to announce the launch of our beautiful FERTILITY Magazine, in partnership with Genea Fertility.

For too long, people experiencing fertility issues have been relegated to anonymous online forums and Dr Google. The success of this fertility hub on The Grace Tales has been testament to the demand for resources and community, to navigate this incredibly personal and difficult journey. Creating a print magazine has been a labour of love that The Grace Tales and Genea are deeply committed to.

The magazine is out now, available via Genea, and we are delighted to share our cover story, featuring the incredible Rachael Casella, here… 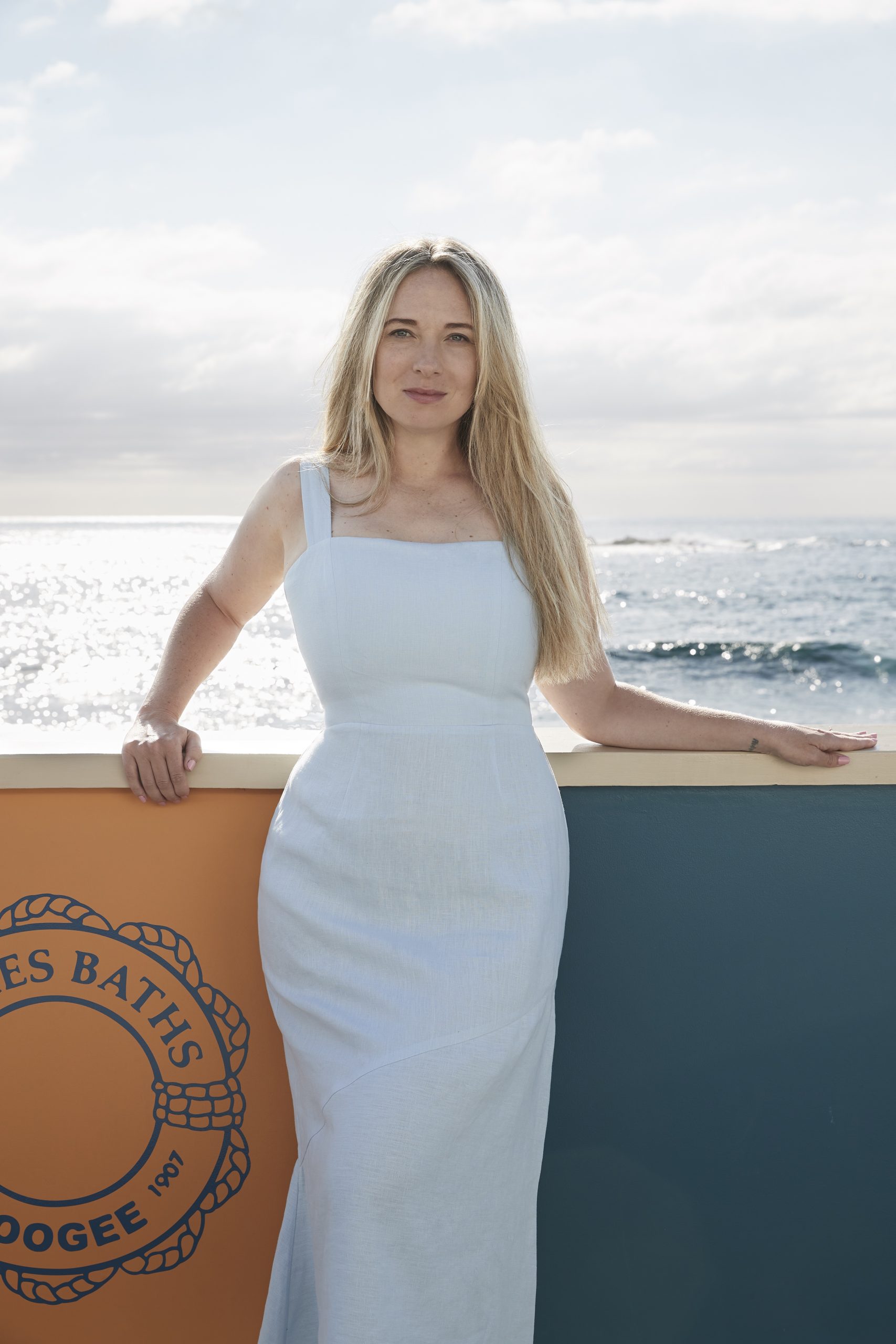 "'Do you have children?' It’s such a common question, it comes up almost daily,” says Sydney-based mother Rachael Casella.

The answer should be simple. Her son, Izaac, recently reached his first birthday – a big milestone for Casella and her husband, Jonathan. Their firstborn, daughter Mackenzie, was just seven months when she died in October 2017.

In the four years since she passed, the couple have campaigned tirelessly in her memory, documenting Mackenzie’s Mission – raising awareness for spinal muscular atrophy, or SMA, and campaigning for access to genetic testing – via Casella’s Instagram, @mylifeof_love, and book of the same name.

“Sometimes I get letters from people telling me what Mackenzie has done for them and I feel ten-feet tall,” Casella says. “She is my hero.”

But there are good days and bad days. When the woman scanning Casella’s groceries asks if she has children, she says yes – and tells her about Mackenzie. “I made a promise to myself that I would never pretend Mackenzie didn’t exist. I say the truth and steel myself. I’ve had some amazing reactions and some horrible ones. It can come out of nowhere and change your whole day.”

“Since Mackenzie died I have spoken to hundreds of people who have experienced pregnancy and child loss. They have all been hurt by people they know either saying the wrong thing or saying nothing. People feel it’s hard talking about child loss for the few minutes a conversation takes, but they do not think about how hard it is for the person who has to live in it every single day.”

Her advice? “The worst thing you can do is pretend it didn’t happen.” But “I would also encourage people not to say easy throw-away lines. It diminishes the person’s pain. Instead, it’s as simple as saying, ‘I am so sorry. Nothing will make this OK, and I don’t know what to say but I’m here for you.’ Ask them questions if they seem like they want to talk. We are like any ‘normal’ parent and we love to talk about our child. The biggest fear about child loss is that their life will be forgotten and the world will move on like they never existed.”

In Mackenzie’s case, there’s no chance of that. Casella and her husband are making sure of it. “I wish people knew that it happens every single day all around the world,” she says. “Miscarriages, still births, infant loss, termination for medical reasons. Everyone will know someone who has been impacted by child loss in some form. It is important we start realising the extent and the impact of this loss, because it’s the cruellest death of all.”

Casella has been pregnant 12 times and gone through everything from chemical pregnancy to miscarriage to termination for medical reasons (TFMR). “We have been permanently robbed of the excitement people get when seeing those two lines [on a pregnancy test],” she says of the experience. “Instead my husband and I look at each other and feel like we are strapping in for the ride. We are unable to really feel pregnant until around 20 weeks – and even then, our PTSD sits in waiting, with a sense of impending doom.”

It’s a journey they weren’t prepared for. After Mackenzie’s death they knew they would need to test all future embryos for SMA, which meant undergoing IVF. “Mackenzie was conceived easily,” says Casella, “so when we began IVF we were completely naive. We thought we would only need one round and we would get enough embryos to donate to others. Instead, we did nine rounds of stimulation, eight egg collections (one round was cancelled as the stimulation caused deep vein thrombosis), transferred four embryos, had two laparoscopies and had two terminations for medical reasons. It was so much harder than I ever imagined.”

In a cruel twist of fate, twice they had to make the heartbreaking decision to terminate babies they desperately wanted. In a break between IVF cycles they conceived naturally, only to discover via testing at 13 weeks that their baby had SMA – the same condition that Mackenzie died from. It was a little girl, who they named Bella.

Then, despite the 95 per cent accuracy rate in embryo testing, their IVF-conceived baby was diagnosed with a severe chromosome condition following another round of tests. It was a little boy, Leo. “I cannot put our devastation into words,” Casella says. “The chances of this occurring were so slim we felt cursed. We chose to terminate our beautiful and much-wanted babies due to our values, our experience with Mackenzie and what we determined to be quality of life. The pain was indescribable.”

TFMRs are not uncommon. But they are another taboo in the world of fertility, and Casella tells me that the fear of judgement is so intense that parents often choose not to talk about them. “They instead often tell people they miscarried. The parent is given a soul-shattering diagnosis and asked to make a decision.”

TFMR, Casella says, is “done out of love – [for parents] to carry the pain themselves rather than make the baby feel pain. We need to speak about it more honestly and while I have occasionally been attacked for speaking about Leo and Bella, I think it is important for people who have experienced TFMR to know that 99.9 per cent of people have shown me love and support.”

That support from the remarkable Mackenzie’s Mission community has been much needed – more than Casella ever realised. While IVF did allow her to finally conceive Izaac, it wasn’t without its challenges. “IVF was mentally, physically, emotionally and financially devastating. I didn’t mind the injections, the hormones or anything medical. It was the new relationship I had with my body, the fact that it took over my entire life. But most damaging for me was the waiting. For almost four years I was constantly waiting for a phone call from a stranger to tell me my future. I found that part to be pure torture, and it caused havoc on my body and my nervous system.”

Her care at Genea fertility clinic provided some comfort. “I was extremely lucky in terms of my medical team. We have been supported and looked after by the best of the best, and given generosity that I can never repay. But I found it devastating how many people are actually going through it. I would sit in Genea’s waiting rooms watching women come and go – and that was just one clinic in one city.”

The small fact of a global pandemic didn’t help. With many fertility treatments falling under the banner of elective surgery, timelines were pushed out as treatments were paused during lockdowns and restrictions. Casella found that hard to accept because “a large majority of IVF is completed because there is no other option. People have tried everything. To delay takes away time from people who often don’t have it. So while it isn’t life-threatening to pause these surgeries, it can be life-shattering and life-altering. It can be the difference between having a family or not.”

Despite all the hardships, IVF gave Casella and Jonathan their son, Izaac. And to know that they were bringing a baby into the world who wouldn’t suffer the same fate as Mackenzie – well, that’s a gift you can’t put a price on. “Some people would have an opinion on IVF and genetically testing embryos but I say the same thing time and time again to them. We aren’t talking about choosing gender or hair colour, we are speaking about stopping babies from experiencing pain and families from suffering loss, and reducing deaths from serious genetic conditions. I am amazed and humbled by IVF.”

When I first speak to Casella on the phone, she’s in the throes of a rough patch with Izaac’s sleep. He wants to feed all night, which is keeping her prolactin levels elevated, potentially inhibiting her chances with the next round of IVF. Casella and her husband are going to try for one more baby. They’re hoping against hope.

But at the end of the day, parenting is hard. Even when you’ve been to hell and back to get there. “After all we have been through to get Zac I feel as though I am never able to have a bad day,” she confesses. “I can’t ever complain about parenting being hard. I feel like I live in a permanent whirlpool of emotions and guilt.”

One emotion she keeps coming back to? Gratitude. “I feel grateful that Mackenzie chose me to help her create such change. I have spent years deep in grief trying to understand why this happened to her, why she didn’t get to live her life, and in the last year I finally feel like I have realised that she was here for a reason.”

It’s a mission we can all get on board with.

To find out more, visit mackenziesmission.org.au