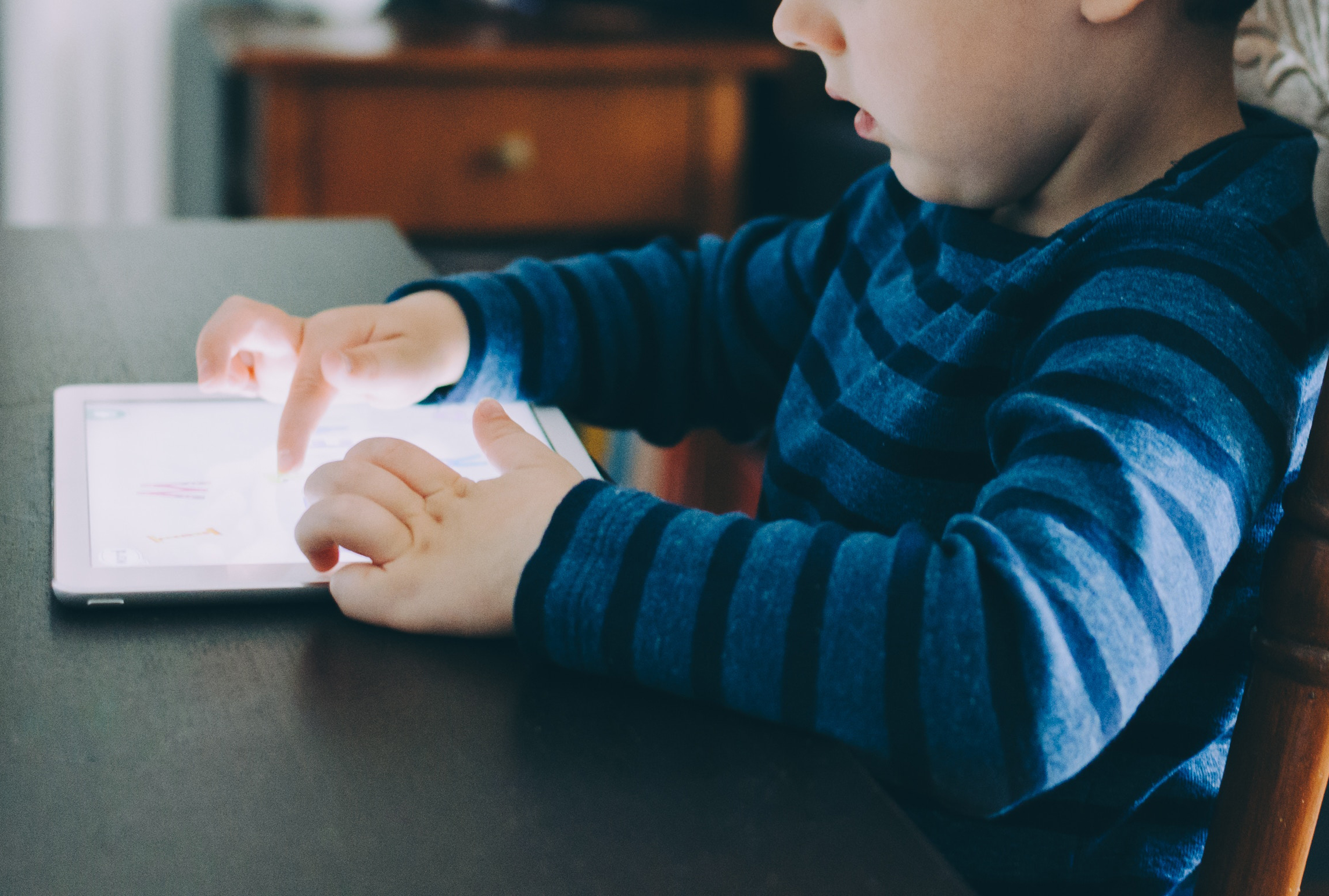 So, the World Health Organisation (WHO) recently issued its first ever guidelines on screen usage in children, and that sound you can hear is the collective ducking of parents’ heads in shame, for allowing waaaaay too much screen usage in their homes...

You see, the new guidelines state that children in their first year of life should never use a screen.

The guidelines get a little more lenient as kids blow out more candles on their birthday cakes.

By ages two to four, the guidelines say children should not have more than one hour of ‘sedentary screen time’.

“Achieving health for all means doing what is best for health right from the beginning of people’s lives,” WHO Director-General Tedros Adhanom Ghebreyesus explained in a statement.

“Early childhood is a period of rapid development and a time when family lifestyle patterns can be adapted to boost health gains.”

And, oh my goodness, I get it.

Because, in an ideal world, what parent would want their child glued to a screen?

Childhood is a time for magic and wonder.

For exploring. For getting hands dirty (in real life, actual mud). For interacting with other people.

For being active, and playing, and chasing butterflies, and building blocks, and doing the fifty gazillion other things that small children are meant to do.

But then, there’s reality.

And reality, as a parent, can be less than ideal.

Kids tantrum. And scream. Dinner needs to be cooked. Everyone needs a break from each other at some point in the day.

And screens are such an easy way to press ‘pause’ on life for a moment.

Yes, it’s not the ‘best’ or most constructive way to give yourself, or your child, some time ‘off’.

It’s also not meant to take the place of disciplining, or engaging with your child.

But, by golly, it can offer a quick fix when you need one.

It seems like most of us are know this already, which is why The Australian Bureau of Statistics found that 90.3 per cent of kids between five and 14 spent time on screen-based activities when not at school.

They also found that 56.8 per cent of those kids used screens for 10 or more hours each week.

So, here’s the thing we need to remember about these new guidelines.

That they’re just that: Guidelines.

They’ve been created by experts to tell us the ideal way to expose our kids to screens.

In other words, they’re talking about ‘best advice’.

As a doctor, I’m used to weighing up ‘best advice’ with practical real, life.

For instance, if an adult patient wanted to know some lifestyle advice, I could tell them they should be active on most days, aiming for two and a half to five hours of moderate intensity activity a week, with strength training on at least two days.

It would also be best to eat plenty of fresh fruit and vegetables, not smoke, drink alcohol only in moderation, avoid processed food, steer clear of soft drinks… and the list goes on.

But in reality, do I personally stick to all those guidelines?

(Excuse me while I brush away the crumbs of the blueberry muffin I’m currently inhaling so I can answer this question…).

Don’t get me wrong.

I actually really like these new guidelines on screen usage.

In theory, I agree with them completely.

But in reality, have I exposed my kids to more screen usage than recommended? Guilty as charged.

I guess what I’m trying to say is, if you’ve heard the latest news about these guidelines, and it’s making your mama guilt spike, it’s time to wind your worry back a few notches.

Because it’s okay if you don’t stick strictly to them.

Even Stephen Balkam, founder and chief executive of the Family Online Safety Institute (whose members include major technology industry players such as Google, Facebook and Amazon) agrees.

“What we don’t want is to set up a situation where parents feel shamed by the fact that they do use tablets and so on when they’re cooking, or something like that,” he said.

“It’s about trying to find a balance.”

So, let’s all take a second to appreciate the fact we now have great guidelines in place. I mean that, because there’s power in being informed.

But then, let’s brush off our mama guilt and continue doing the best we can each day.

Because, let’s face it. Sometimes the ideal world, and that of real life parenting, don’t always match up…